The team of geeks and geniuses at The Fountain Workshop are always looking for ways to embrace new technologies. Our latest development is Granary Squirt – an app that allows anyone with a smartphone to control and play with our fountains.

We’ve had a long-held aspiration to allow the public have as much fun controlling fountains as we do. The award-winning fountains at Granary Square presented the ideal opportunity to bring this dream to fruition. And luckily it didn’t take long for our client to realise what a great idea this was. As well as funding the project (thank you KCCLP!) they became actively involved in the process.

The result is Granary Squirt – an app that allows anyone with a smartphone to control the fountains at Granary Square. 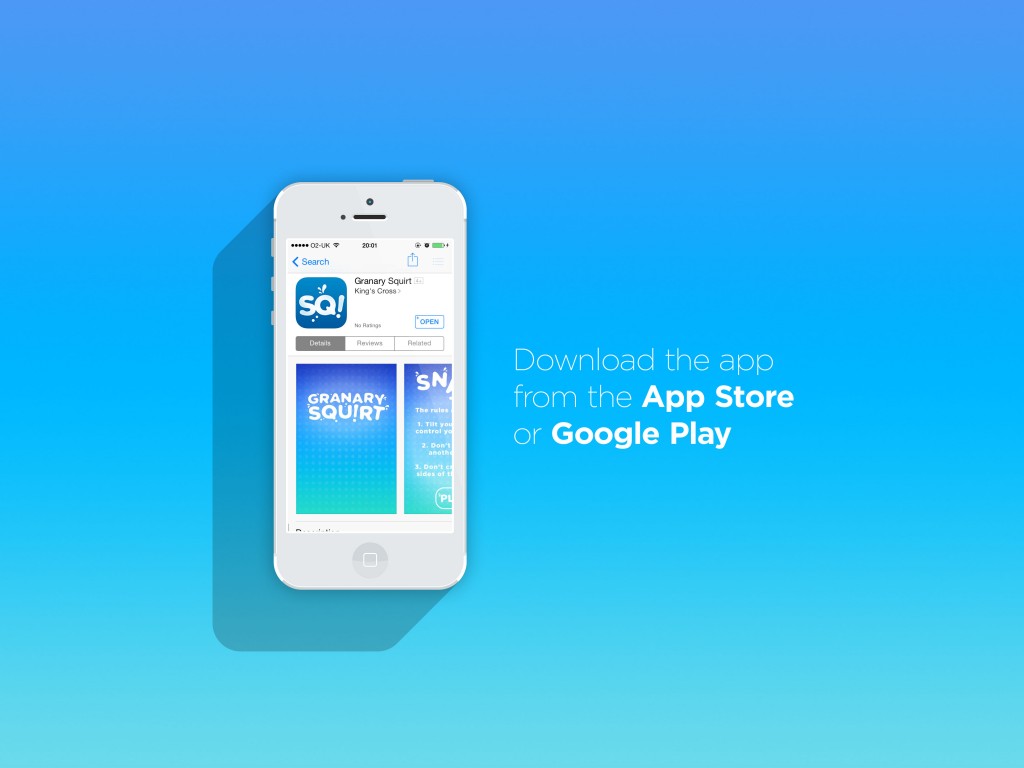 So, how is this possible?

Well, we made sure that each of the 1,080 fountains and lights could be individually controlled. Then, building on our unique web-based fountain control system, we developed an app.

Every smart phone has an inbuilt device called an accelerometer that is sensitive to even the smallest of movements. Using this functionality, the Granary Squirt app turns your phone into your very own fountain remote control unit!

Back to the arcade

To make it even more fun, we developed games. The first to be released is the 70s arcade classic, Snake. This game was introduced to a younger audience in the 90s when it came pre-loaded on the first Nokia phones. Things have changed a lot since then.

Up to eight people can play by taking up position at the fountains. Players take control of a line of jets as they make their way across the fountain bays dodging the sides, other snakes and taking care not to run into their own tail as it gets progressively longer. 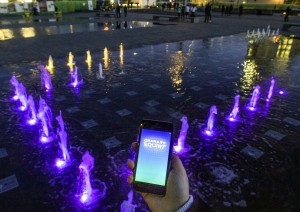 A series of other retro-themed games have already been developed, but these are being kept under wraps until later this year.

We were thrilled when we heard that London’s Time Out was to cover the launch of Granary Squirt. You can read the article here. And if you’d like to learn more about how we can help animate and enliven public spaces and engage the public, then please get in touch.

The Granary Squirt team was led by David Bracey and Ben Hampshire, and special thanks to Jonathan Laventhol, and RenderHeads as well as to our client, King’s Cross Central Limited Partnership.