The first of our photography competitions has been a huge success! Thank you to all the people who entered their fantastic photos, and to Bradford City Park and Bradford Council for their enthusiasm! Scroll down to have a look at the winning entries. 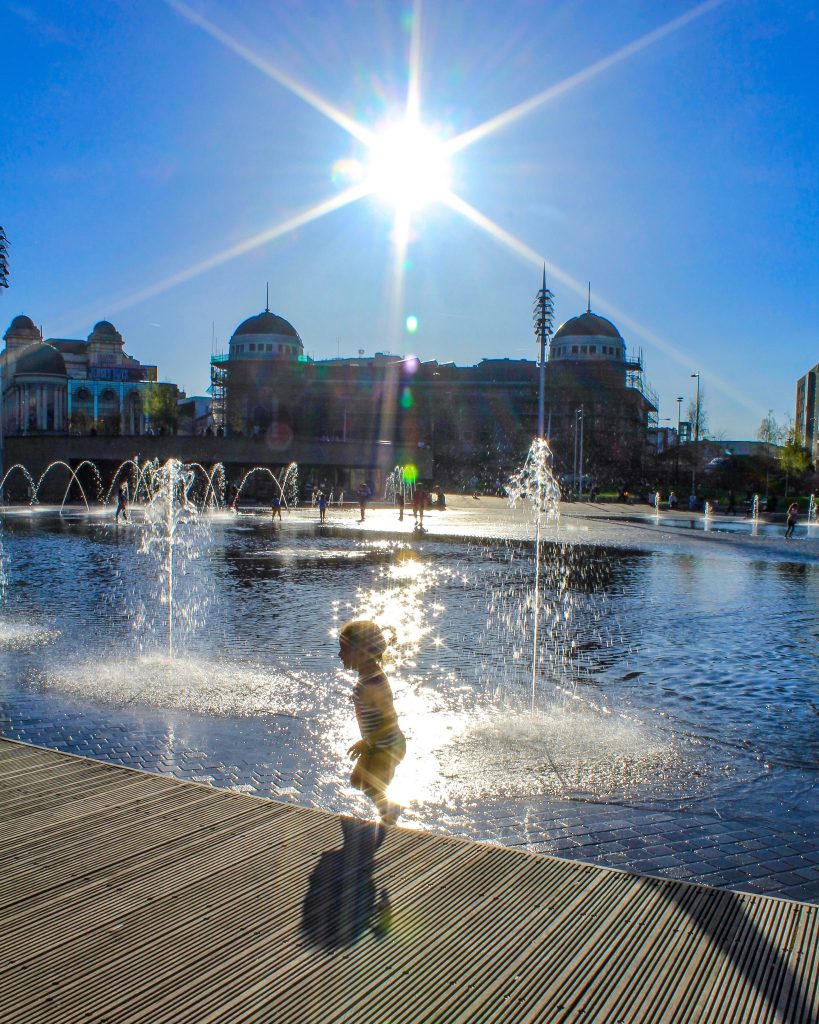 Our Managing Director David Bracey said of the winning photograph: “Nicola’s photo demonstrates photographic skill, while allowing the natural beauty of City Park water feature to shine through. With the iconic shape of the Alhambra Theatre poking through in the background and the pure youthful energy of the girl in the front, there is no denying: this is Bradford.” 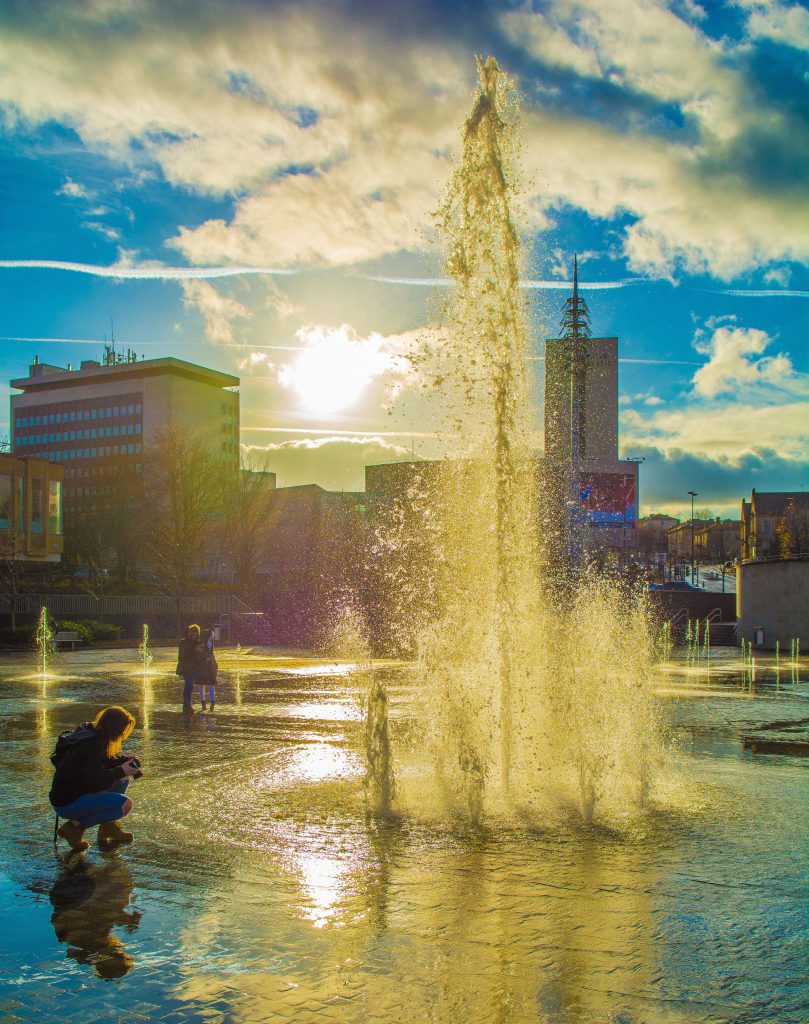 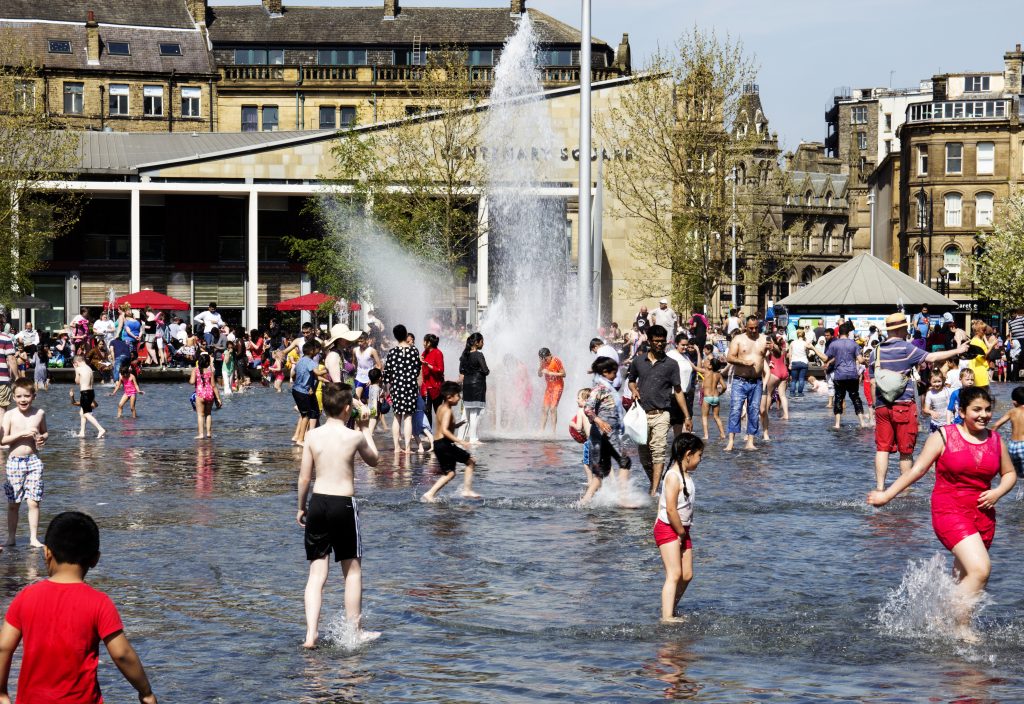 Each of the three winners have won a Fountain Workshop water-themed merchandise pack. Each pack contains an umbrella, a swimming bag, a beach towel, a mug, a USB stick, and a polo shirt.

Bradford Council also generously offered the winner and both runners-up a tour of the Bradford Mirror Pool plant room with City Manager Jonny Noble. Below are some of the photos Nicola and Stephen took while on the tour. Stephen even modeled his new polo shirt! 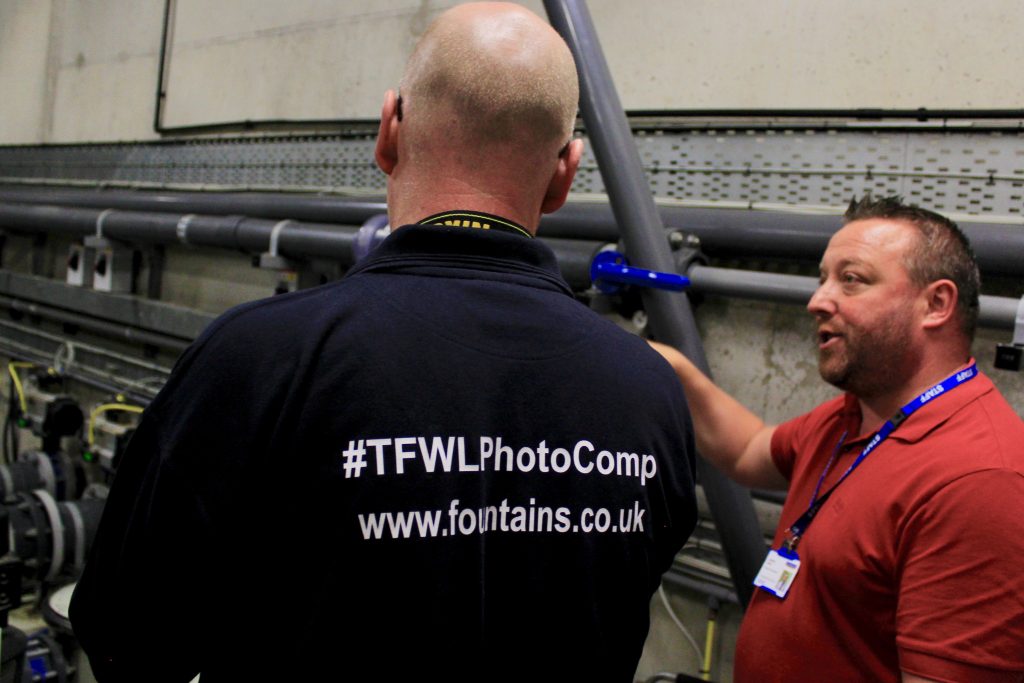 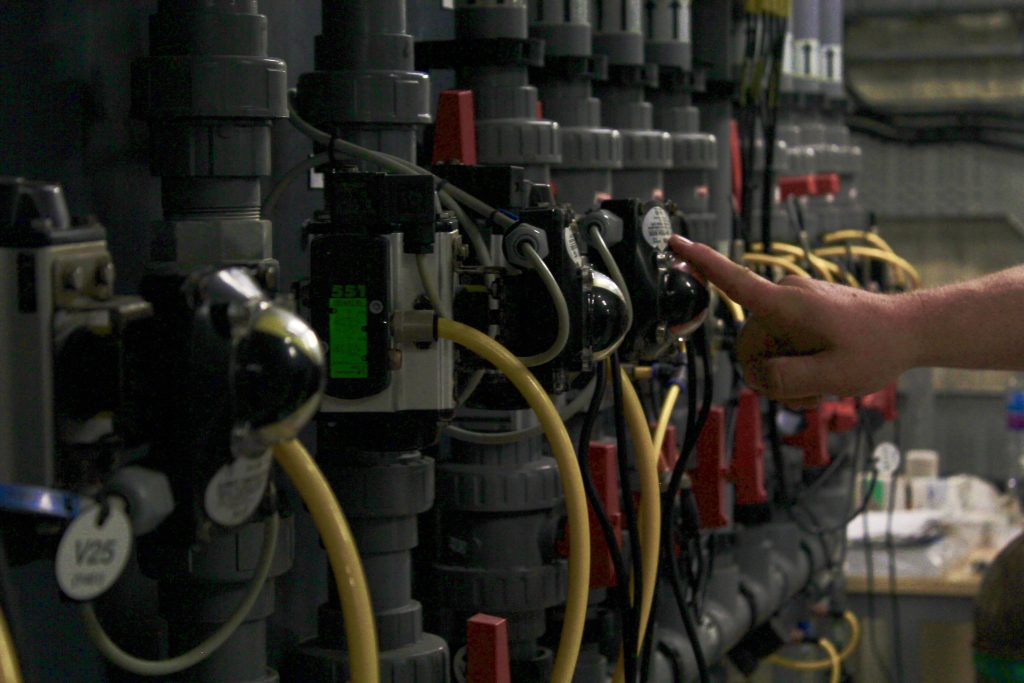 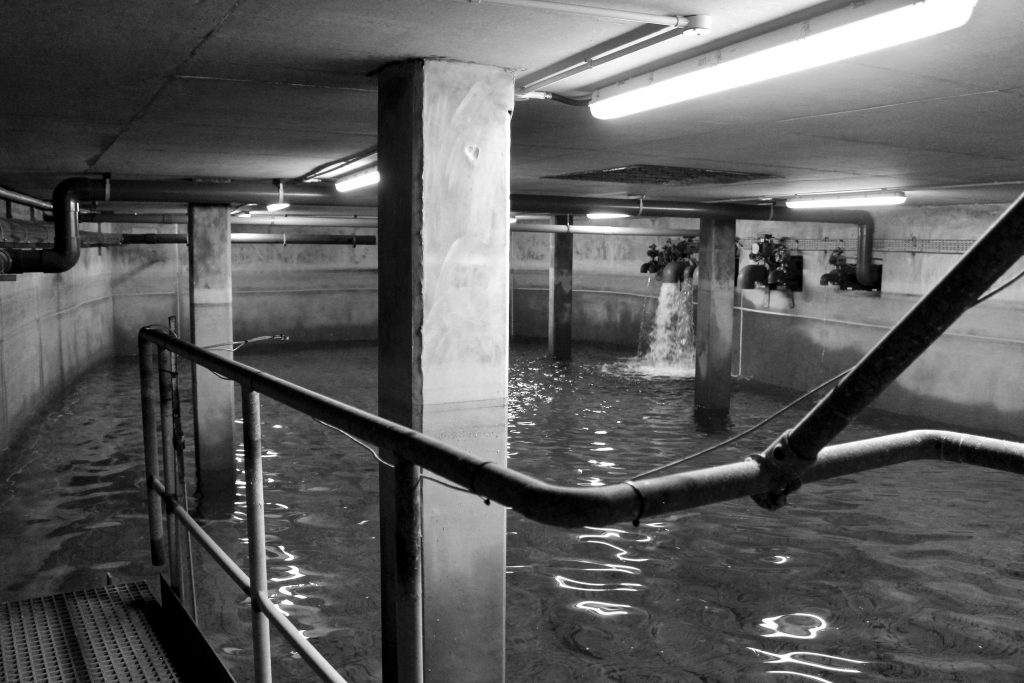 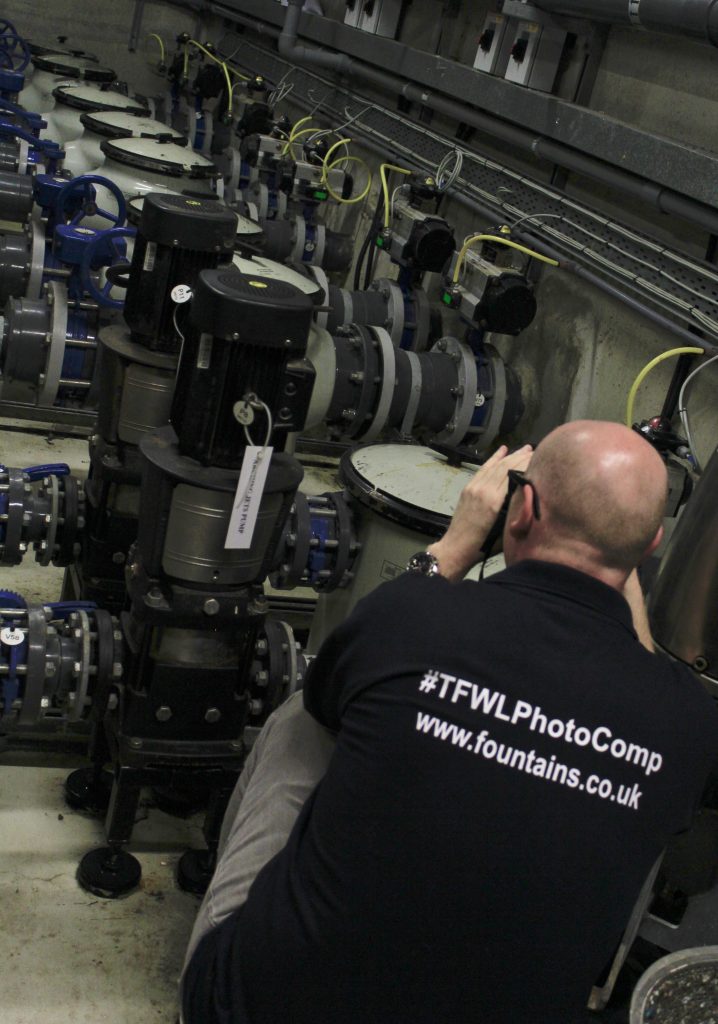 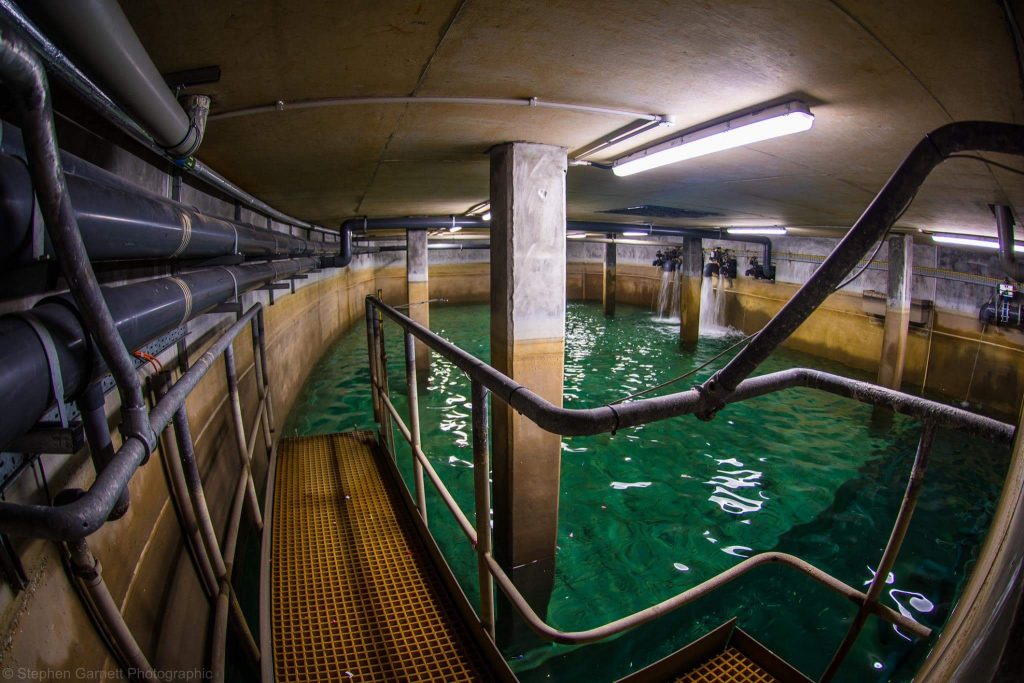 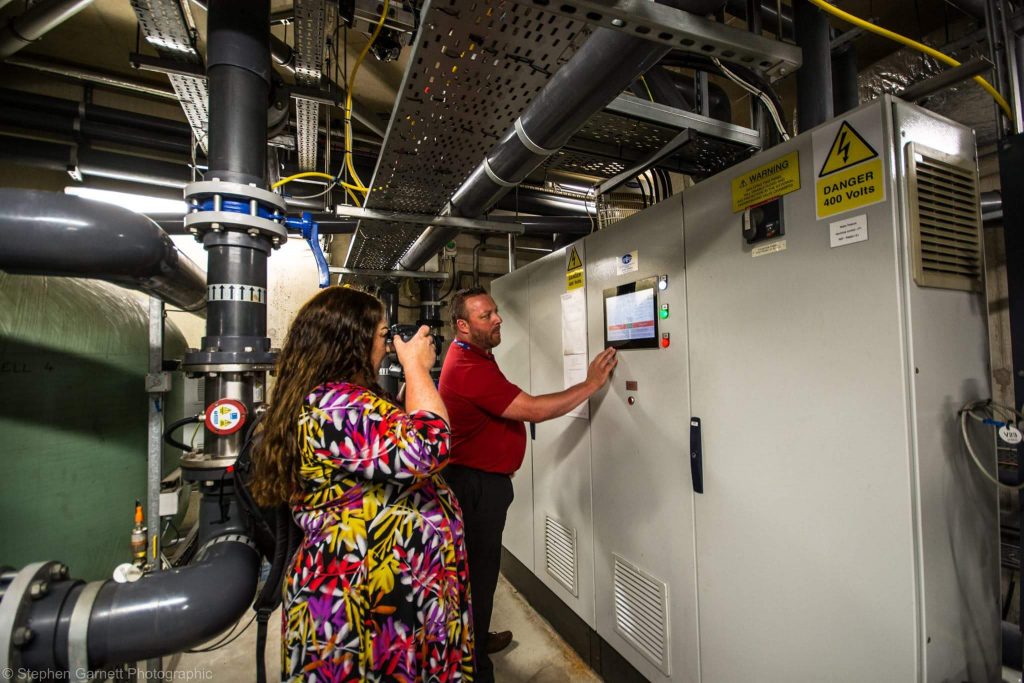 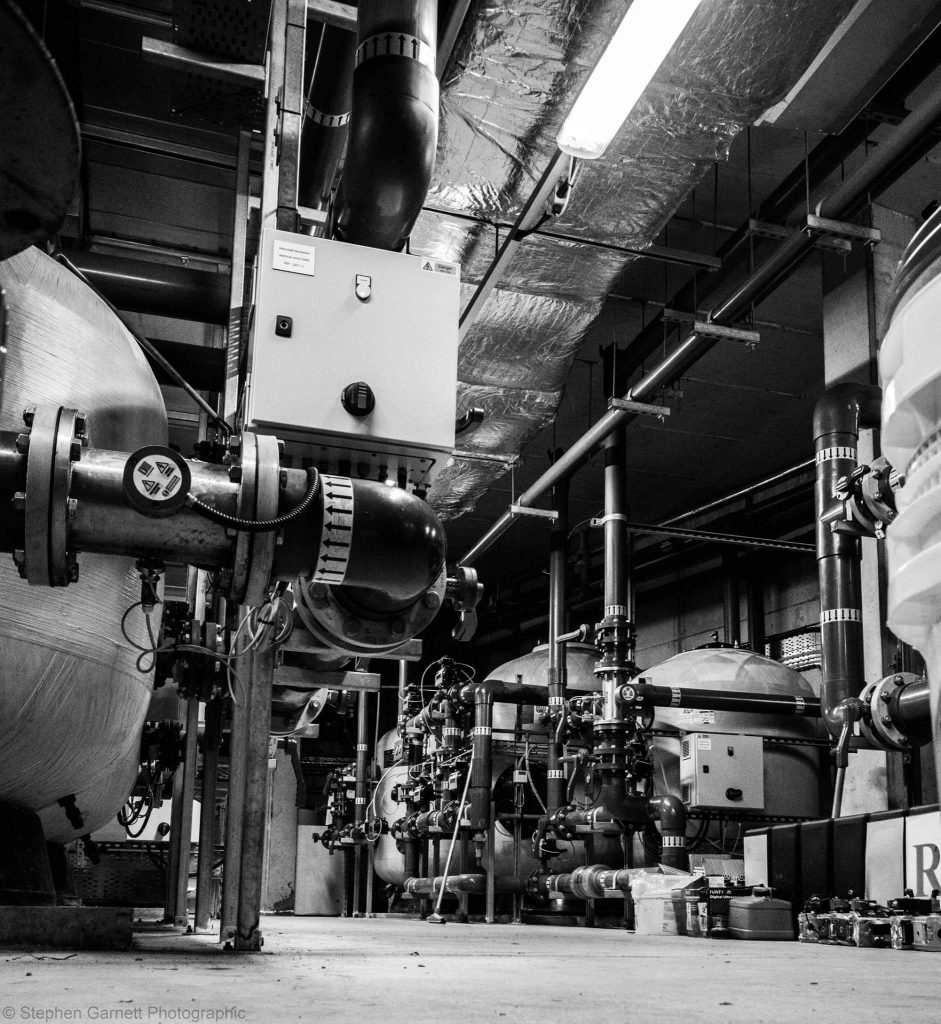