Easter fun in the fountains 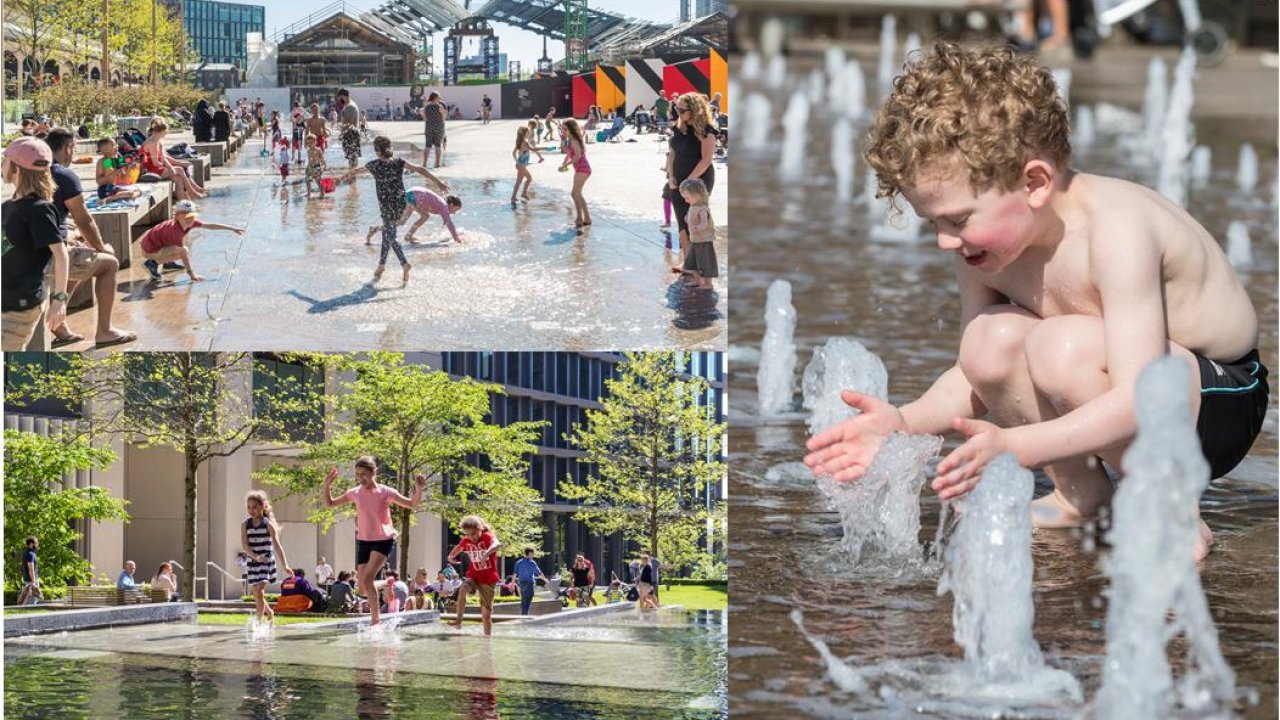 Easter fun in the fountains

Last weekend, the sun was out and temperatures hotted up.

Photographer John Sturrock was on hand at King’s Cross to capture some of the fun being had in the fountains at Pancras Square, Granary Square and Lewis Cubitt Square.

Best of all…it’s just the start of splash season. 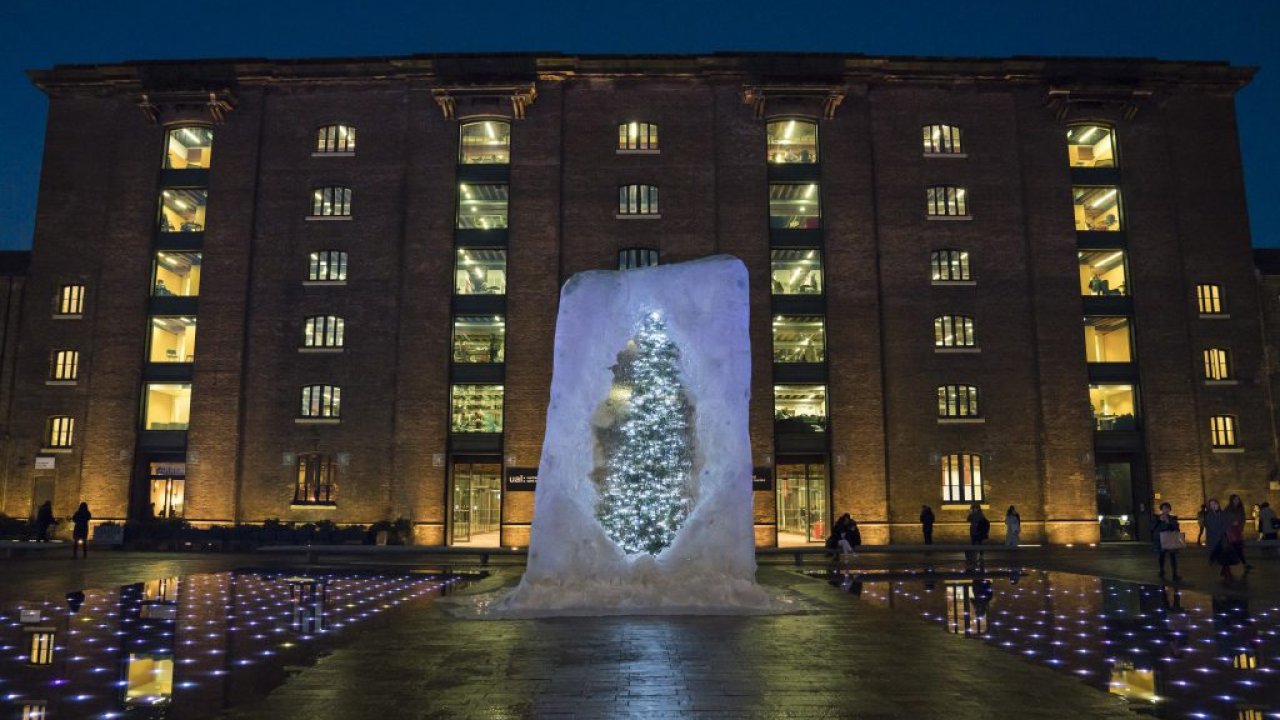 This December, visitors to the Granary Square fountains are in for a treat. Artist Alex Chinneck has created the King’s Cross Christmas tree, and true to form, it’s eye-catching.

The tree is suspended in a two-story, giant “ice cube” – the surrounding puddle seeming to melt into the fountains. To create the puddle, the artist poured 550 pounds of clear wax over the sculpture.

The courtyard at Victoria Hall The courtyard at Victoria Hall

This is the lovely courtyard garden at Victoria Hall – a brand new student accommodation building in the heart of London’s King’s Cross.

The Fountain Workshop collaborated with Lebanese landscape architect, Vladimir Djurovic to create the water feature in the first-floor garden courtyard. The black polished granite water table is framed by an intricately carved white limestone seat. The mirror-like surface reflects the light, giving the courtyard a contemplative aura. It’s a wonderful space take a few moments out from busy student life.

Victoria Hall was commissioned, and is owned by the Aga Khan Development Network.

Bradford City Park is all lit up Bradford City Park is all lit up

A spectacular light sculpture is illuminating the mirror pool at Bradford City Park this weekend.

Bradford’s Forest of Light features 59 illuminated pieces in the form of wild thistles, giant flowers, reeds and fronds – all beautifully reflected in the pool.

This visual feast is the work of French light artists T.I.L.T. BBC Radio Leeds have captured the sculpture on film here.

A big thanks to Jonny Noble for supplying the lovely photo. 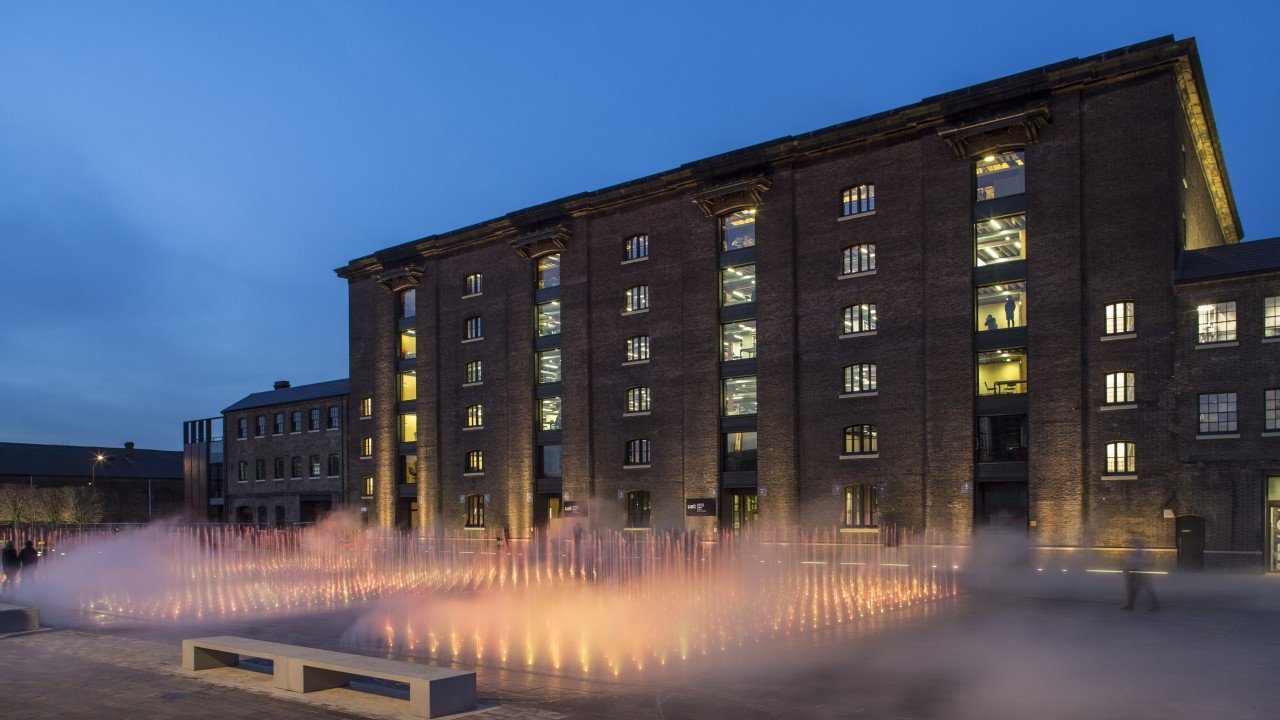 The Fountain Workshop is going from strength to strength, and we are now looking for talented and motivated people to join our team.

Click on the link below to find out more about the positions. If you think you fit the bill, then please send a CV and introductory letter to jobs@fountains.co.uk

It’s a winner at the Chelsea Flower Show It’s a winner at the Chelsea Flower Show

We’re delighted that the Chelsea Barracks Garden has been awarded a gold medal at the RHS Chelsea Flower Show! When the developer of Chelsea Barracks, Qatari Diar, decided to sponsor a garden at the show, we were thrilled to be asked to work with  Jo Thompson to incorporate water into her wonderful design. Jo was inspired by the heritage of the site, and the architecture and landscaping of the new development. The sculpted stone tidal rill that flows through the garden references the ‘lost’ River Westbourne, which once flowed past the site. Photograph courtesy of Rachel Warne. A temporary car park by Leeds train station is morphing into a lovely new city square complete with a 100m-long tumbling water rill.

Leeds-based landscape architects, Re-Form have been working closely with our artist Mel Chantrey on the design of Sovereign Square.

Over the last nine months, we have been busy on site alongside the main contractors Eurovia. The park has now nearing completion and testing of the water features has started in earnest! It’s not every day that our maintenance team gets to work in a royal front garden! Here they are doing a spot of annual maintenance on the fountains at Hampton Court Palace.

These floating fountains were commissioned for The Queen’s Golden Jubilee in 2002. There are five in all – one for each decade of Her Majesty’s reign.

The fountains are floating pontoons tethered to huge concrete blocks on the base of the Long Water. Once positioned, the pontoons are winched down so that only the fountain nozzles are on show. Later this year, it’s back to the workshop for the fountains where they will be stripped down and fully refurbished.

Our Merchant Square water maze was the setting for a very special photoshoot. The car is a rare, 1949 Bristol 402. Only 22 have been made, and they gained the nickname ‘Hollywood Special’ when a pair of the early cars were ordered by film star, Stewart Granger and his actress wife, Jean Simmons.

The shot features in the 2016 Bristol Owner’s Club Calendar. Over four nights in January, King’s Cross was transformed into an illuminated festival of light, music and art.

Here you can see Jacques Rival’s artwork, IFO reflected in the water cascades at Pancras Square. Over 190,000 people braved the cold and came to King’s Cross to see the show over the Lumiere weekend!