A key theme used throughout all of the Aga Khan Foundation’s buildings is that the education of the people in those buildings should not simply start and end with their lessons. The architecture, and to an extent the entire environment, should also reflect the architecture and environments of wider Islamic world. It is, therefore, unsurprising that the water features The Fountain Workshop provided for the Aga Khan Centre in King’s Cross have a notable similarity to those we provided for the Qasr Al Muwaiji Fort in the United Arab Emirates.

Consisting of a channel inset directly into the floor that links a number of shallow pools, the water feature that takes centre stage of the Garden of Life cuts the space in half while simultaneously drawing the visitor further into the Garden. Water gently flows from a circular pool at the entrance to the Garden to a square pool halfway down (central to a crossroads in the Garden’s path), and then onward to a wider pool at the far end, from which the water drains away to be recycled.

In a further part of the Garden is a small individual fountain, reminiscent of many fountains found in gardens or squares in the Muslim Middle East. Making use of the eight-pointed star that is an often-repeated symbol in Muslim art, this fountain consists of a single jet bringing water into a shallow basin, which then overflows into a secondary pool that sits just below ground-level. 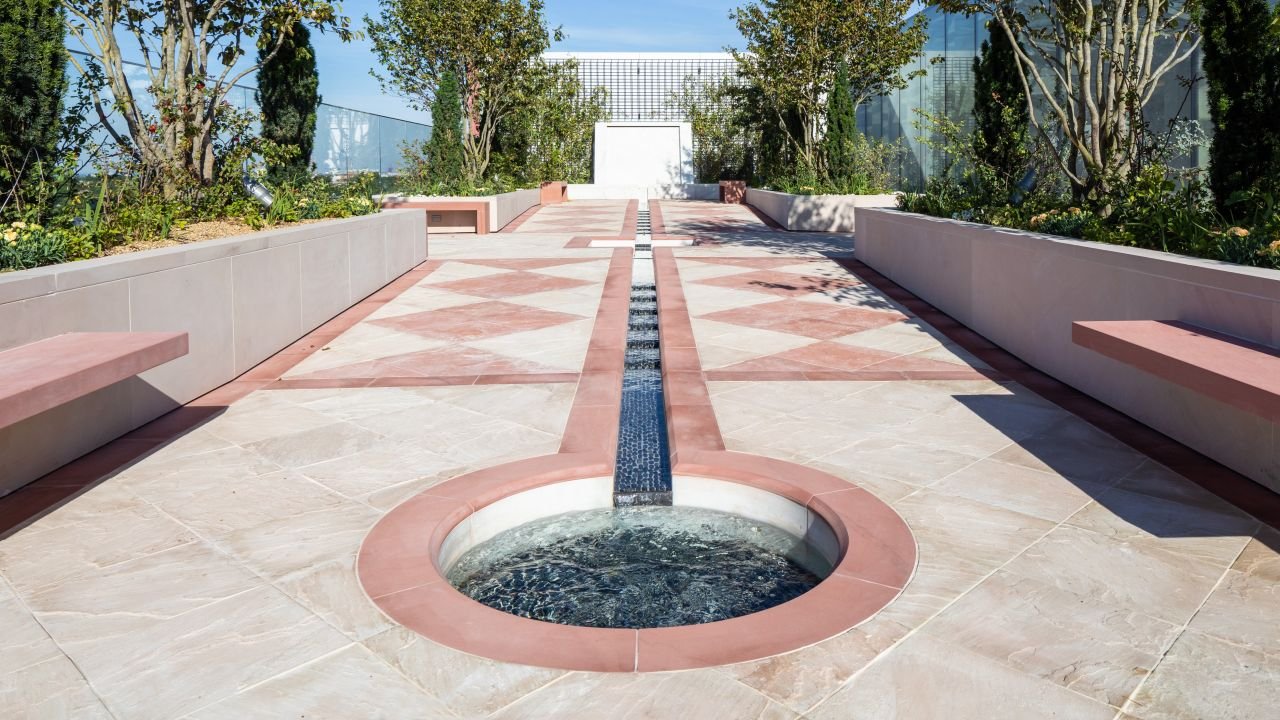 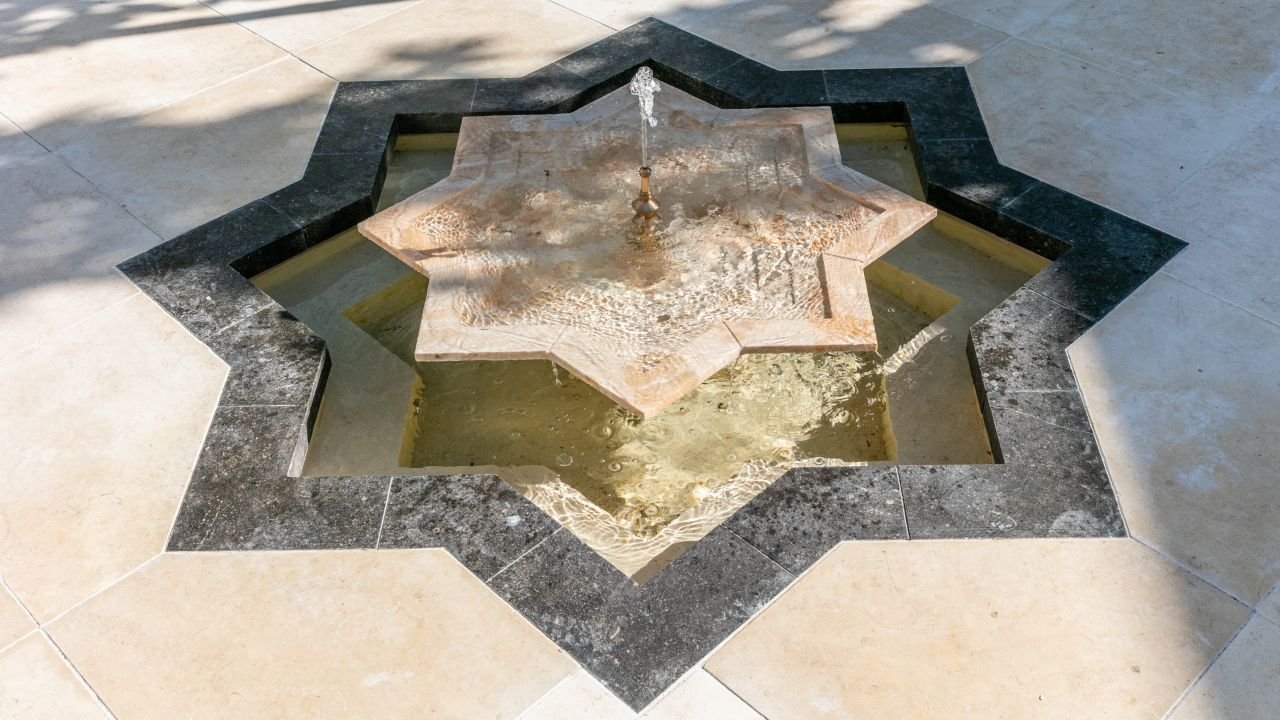 Our designers were very keen to create water features that not only fitted-in with their immediate surroundings but also reflected the artwork of the global Muslim community – just as the Aga Khan Centre aims to reflect the teaching of the global Muslim community through its educational programs. They were, therefore, heavily influenced by the way water has been used by Muslim designers throughout history, particularly with respect to shapes and patterns, such as this one, which is found throughout the Aga Khan Centre site.