Set against the backdrop of the instantly recognisable Battersea Power Station, these two water features combine iconic architecture, state of the art water design, and the movement of the natural environment that surrounds it.

The first of The Fountain Workshop’s water features in this space form part of the Riverfront Park, and consist of a number of tiered, shallow water tables which overspill to form a cascade of water. This creates the illusion of water flowing down towards the river, meaning that this modern feature is able to blend seamlessly with both the natural landscape and the historic background of Battersea Power Station. Since the Riverfront Park opened in early 2017, the space has become a hub for the culture that thrives around the Battersea Power Station development. Today, the water features are surrounded by modern artwork and sculpture from young local artists, as well as a big screen that is regularly used to show classic films and sporting events.

The other of our water features at this development are two large mirror pools, which are placed within the ground plane of this iconic setting, perfectly reflect the imposing outline of the Power Station. The Pavement Play area water features are separated by a paved walkway, creating a a playground feel to the space. These shallow pools have flat open sides which allow the public to interact with them, something which is further enabled by a series of five arching jets which add a deliberate play element to this community feature. 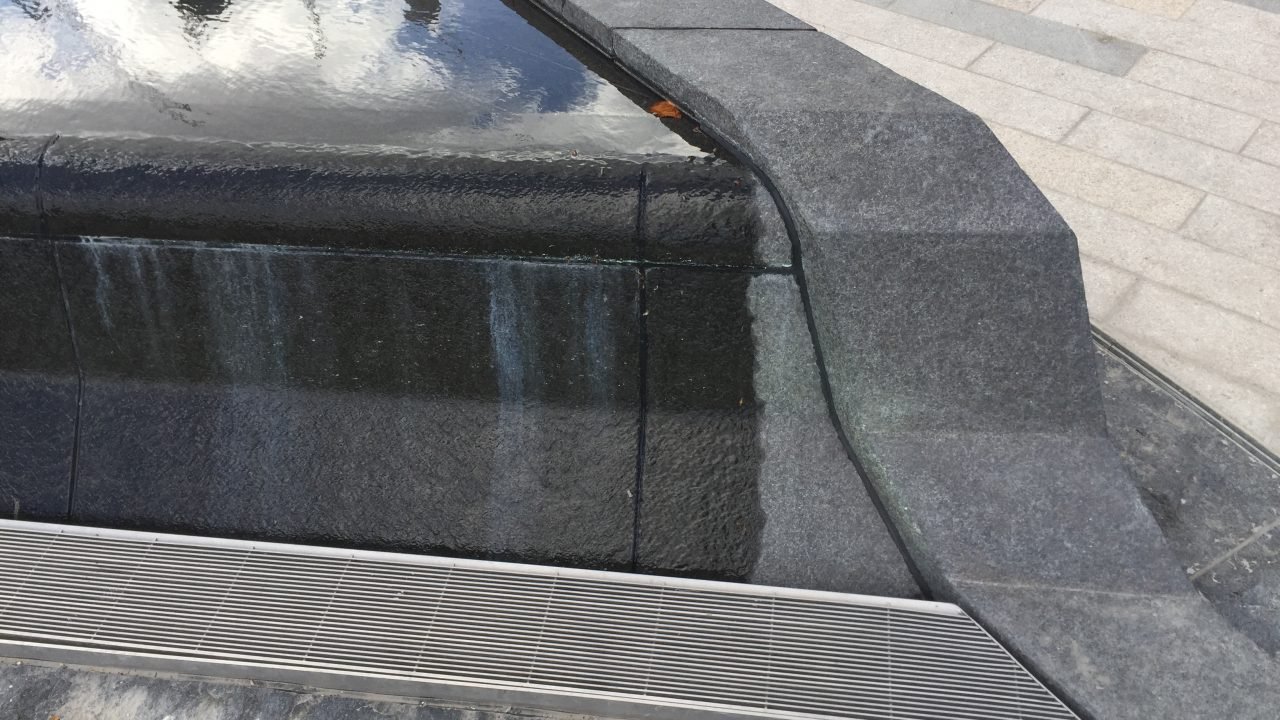 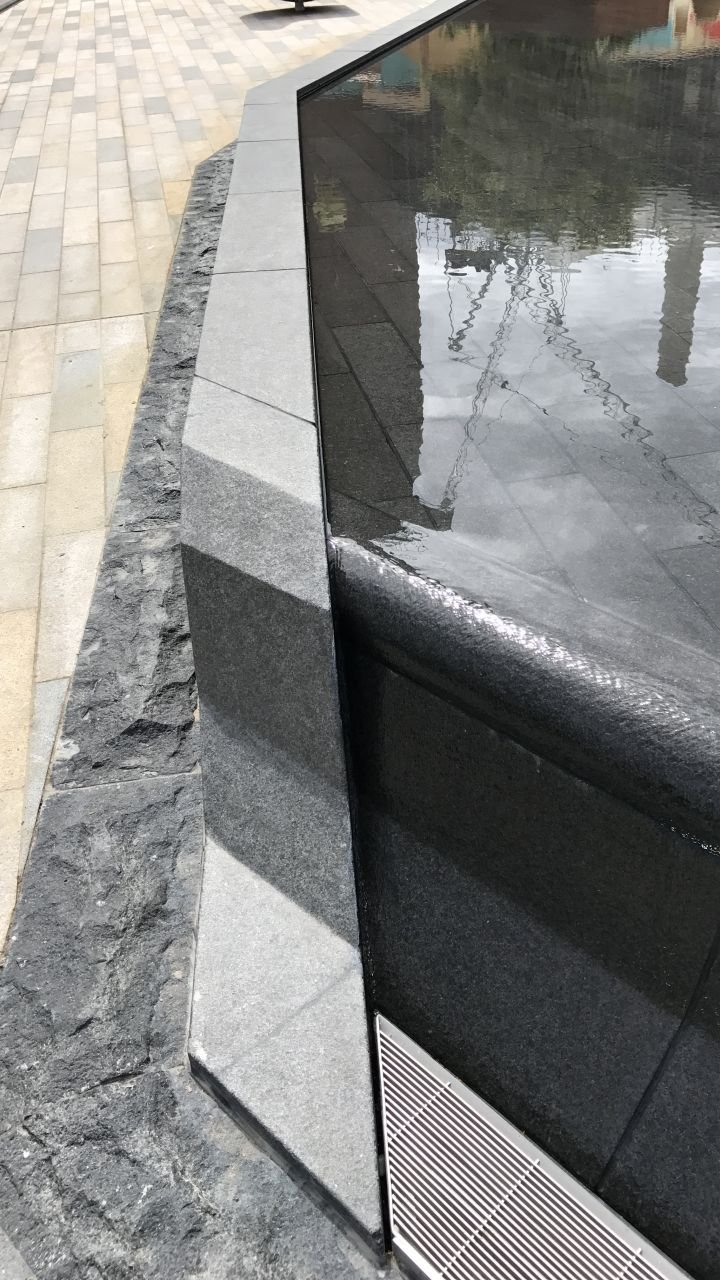 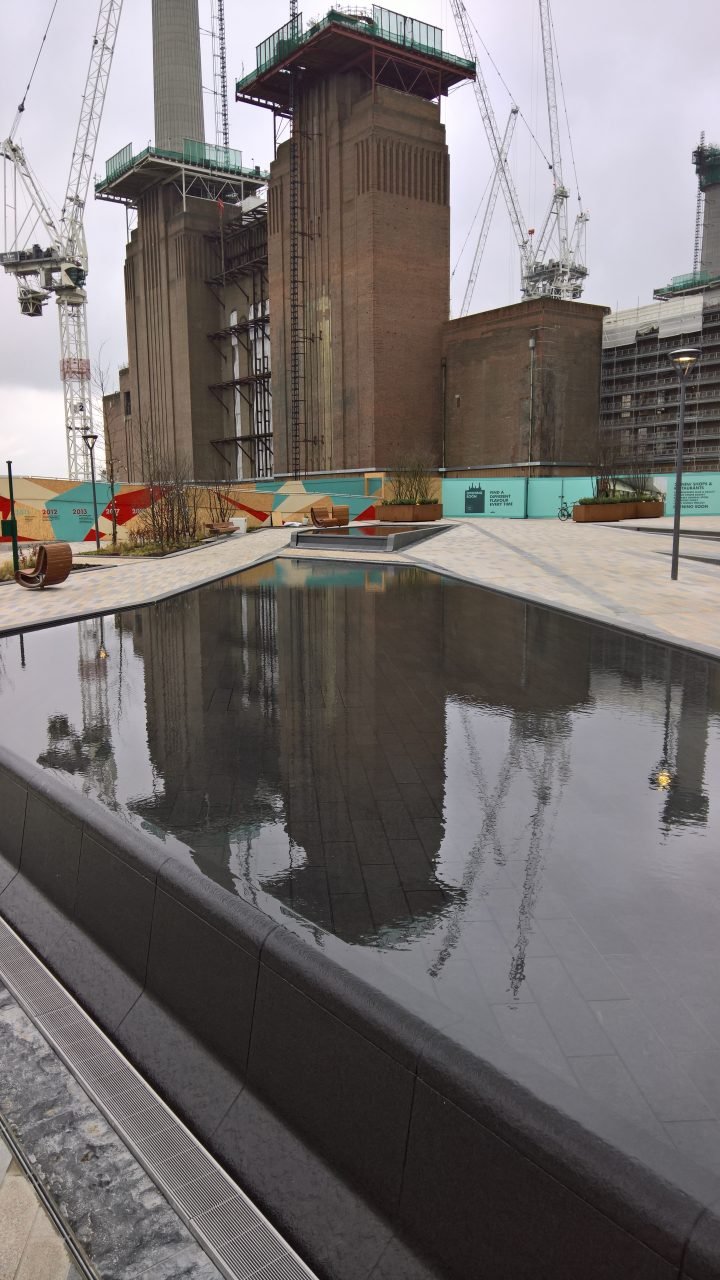 The Battersea Power Station regeneration project is a multi-phase scheme, with each phase changing the landscape dramatically. As the development progresses, these water features change with it: both the Riverfront Park and Pavement Play features have expanses of level water which create a reflective surface through which the rapidly changing surroundings can be observed.