Just a moment's walk away from the routinely busy Granary Square in the heart of King's Cross, one can find the tranquillity of Handyside Park.

In a space that could easily been swept aside and resigned to a life as a mere passageway between the Regent’s Canal and Handyside Street, instead blooms a gorgeous park that thrives on the idea of subtlety. Despite this space being significantly smaller than many of the other public outdoor areas that make up King’s Cross, Handyside Park is nonetheless one of most beautiful. With a path that winds through flowerbeds and sections of tall wildgrass, the park brings you to a play area that welcomes both the young and the young at heart. Framing the path and play area is a water feature as subtle as the existence of the park itself.

Following the curve of the path through the park, a shallow water channel snakes its way between the plants. The channel also reflects the playful aura to the space by travelling under crossings in the pathway and appear to resurface on the other side of the path. The channel also crosses through outdoor seating areas located around the park, encouraging children (and adults) to jump across. Truly an interactive space, Handyside Park offers a calmer alternative the excitement of the larger King’s Cross spaces. 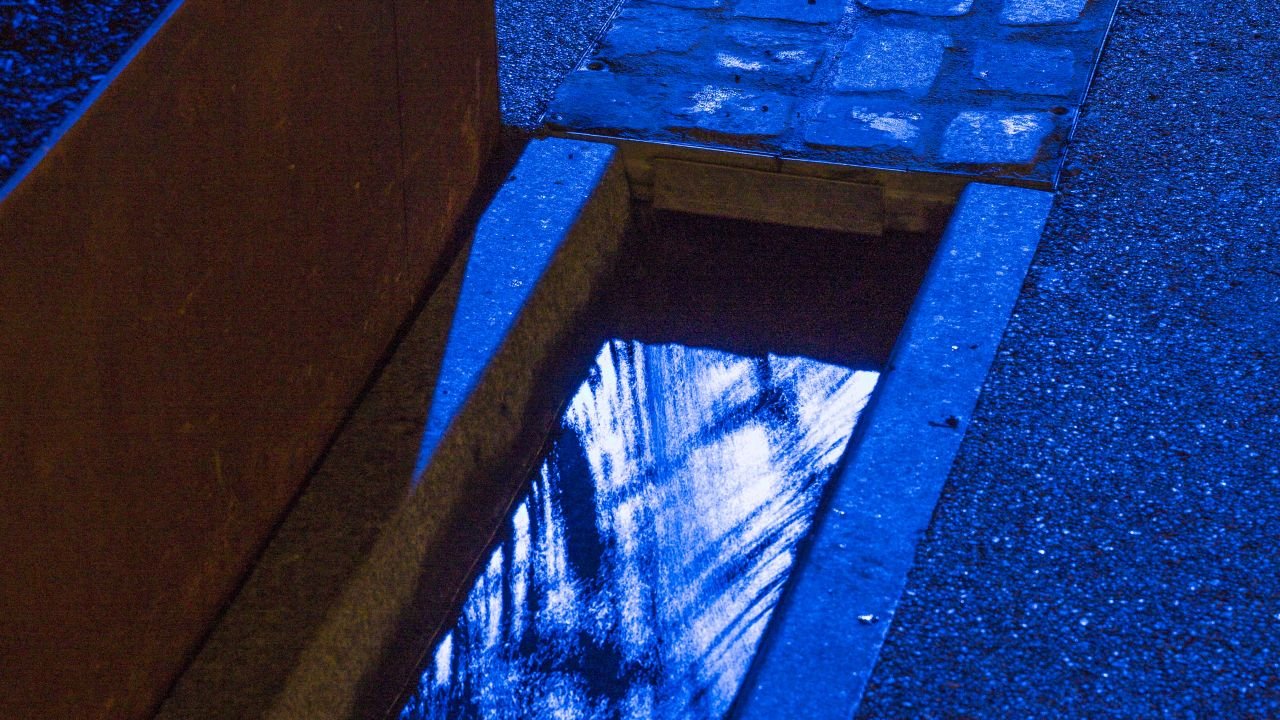 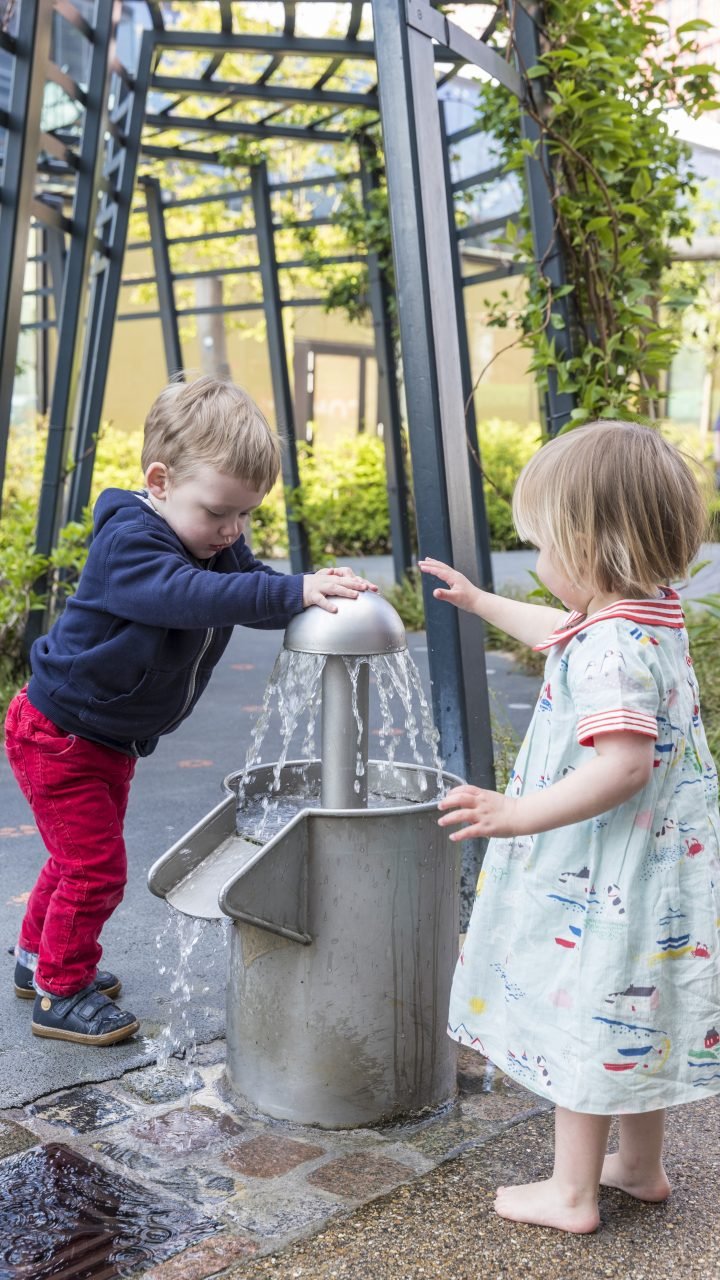 As the park is on a slight hill, with the play area located at the summit, the water gently flows down the channel, seemingly to join the Regent’s Canal at the bottom. The Fountain Workshop installed a water pump at the top of the channel as an extension to the play area which encourages children to interact with the water feature and follow the water as it travels through the space. Beneath the surface, all of the water used in the channel in pumped back to a filter and then returned to the beginning, so that the water is constantly being cleaned and recycled.