Set against the background of the residential redevelopment of the iconic Television Centre, the Helios Fountain has a new lease of life.

The Helios Fountain has long been the centrepiece – quite literally – of the most recognisable building in the British media. Now, as Television Centre enters a new chapter as a series of high-end private living residences, The Fountain Workshop’s refurbishment of the Helios Fountain means that the perfect balance of old and new comes together.

The original design for the Helios Fountain had a ring of jets projecting water into a large ‘doughnut-shaped’ basin before it fell through the centre, forming a free-falling curtain of water to a pool below. This did, however, create a lot of noise, something which caused more problems than it was worth and so the Fountain remained turned off for the majority of the year, only being turned back on for special events. With Stanhope wishing to create a new residential development in which the Fountain was frequently used but did not disturb the residents, architects Allford Hall Monaghan Morris, along with The Fountain Workshop designed a single larger basin, removing the free-falling water curtain aspect and as such creating a water feature that was much more cohesive with new development.

The Helios Fountain was out of use for many years but has been recommissioned to be brought up to date alongside the new Television Centre residential development. The Helios Courtyard is a Grade II listed space, and so it was only right the Fountain was not torn down or removed but rather celebrated as a monument of historical significance and allowed to once again stand proudly in the centre of the courtyard. 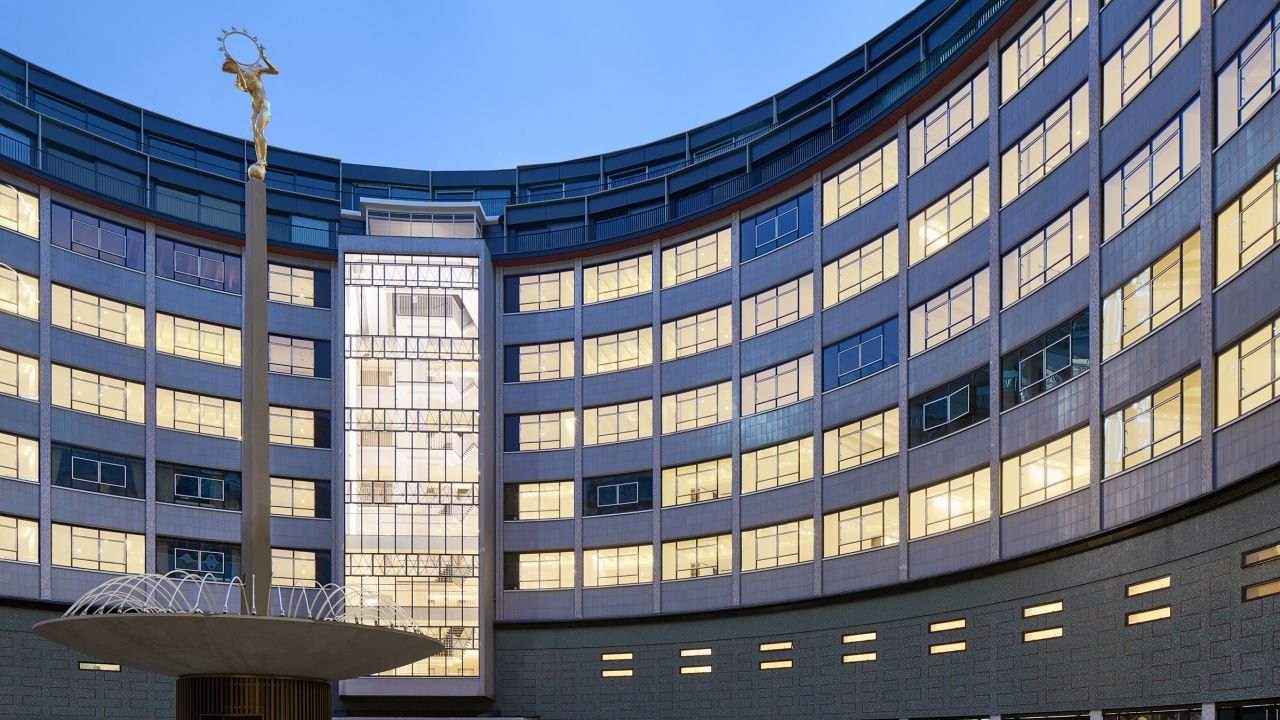 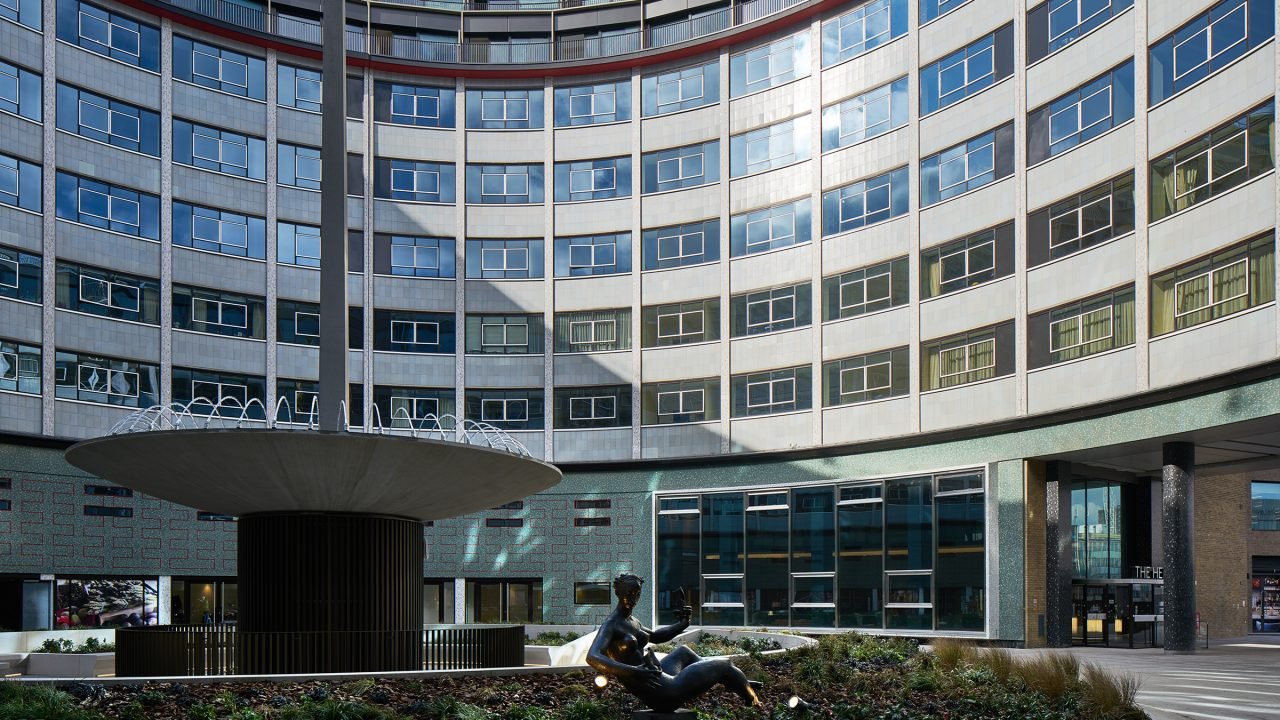 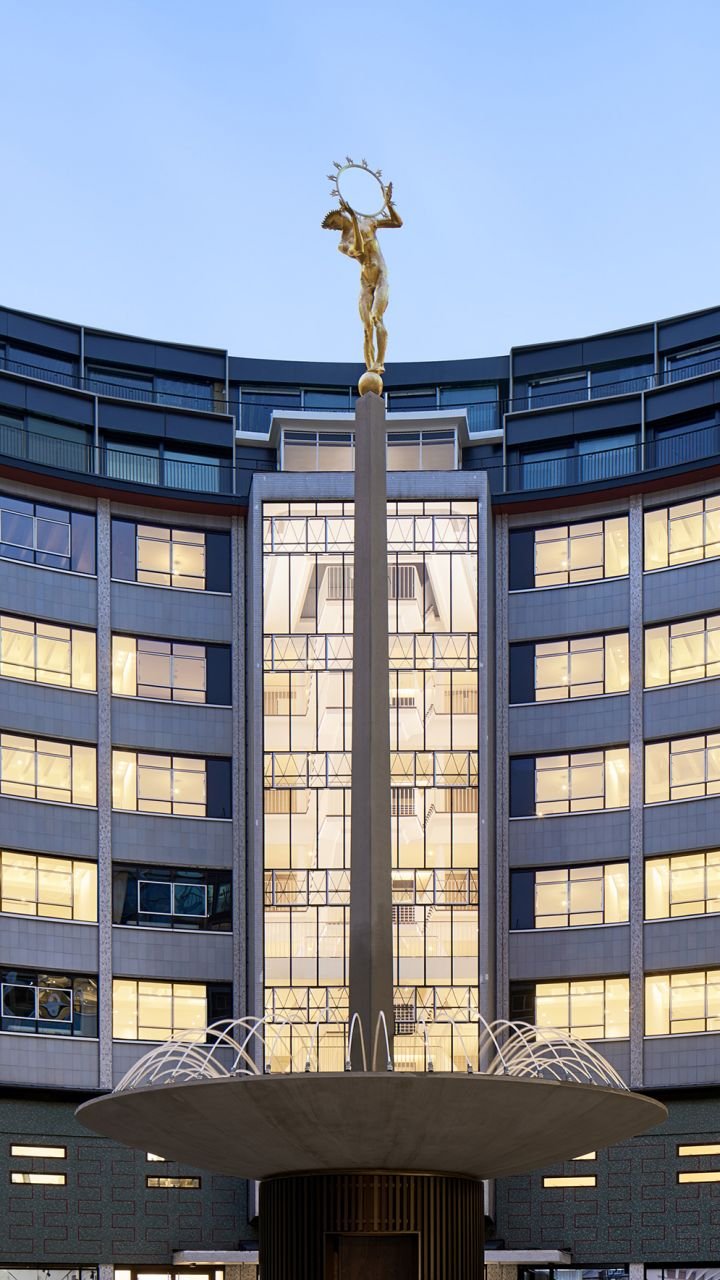