Lewis Cubitt Square is the new civic square at King’s Cross. Named after the architect of King’s Cross Station, this urban square is a meeting place that regularly plays host to festivals, markets and performances.

The open design and clean lines of Lewis Cubitt Square are the work of celebrated designer Laurie Olin, who also designed Bryant Park in New York. The water feature is cut into the eastern side of the square and is designed to draw people to the space.

55 arching water jets throw into five shallow pools set within the paving. The tunnel of water created by the jets entices children to dash through, while the less adventurous can sit back and watch the fun from benches nestled among flowerbeds.

By night, the arching jets are illuminated with clean white light that cleverly focuses on the streams, picking out water droplets as they soar through the air. 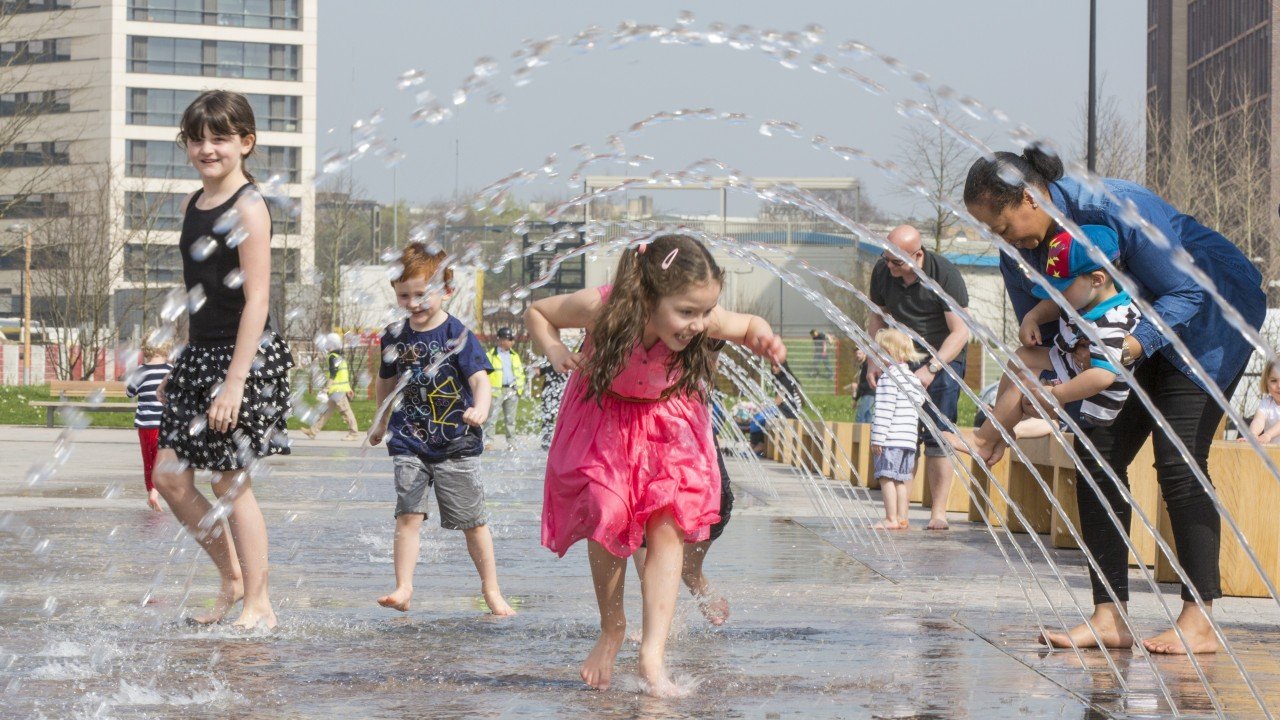 Behind the scenes, this subtle water feature is a lot more sophisticated than it might appear.

Water quality is managed and maintained through a state-of-the-art filtration and water treatment system, while the water jets are controlled via a pioneering web-based control system. 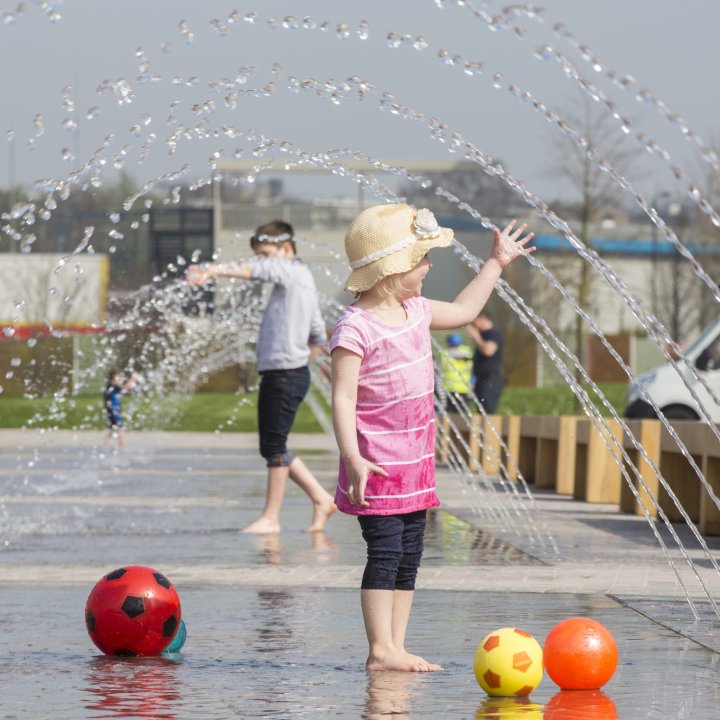 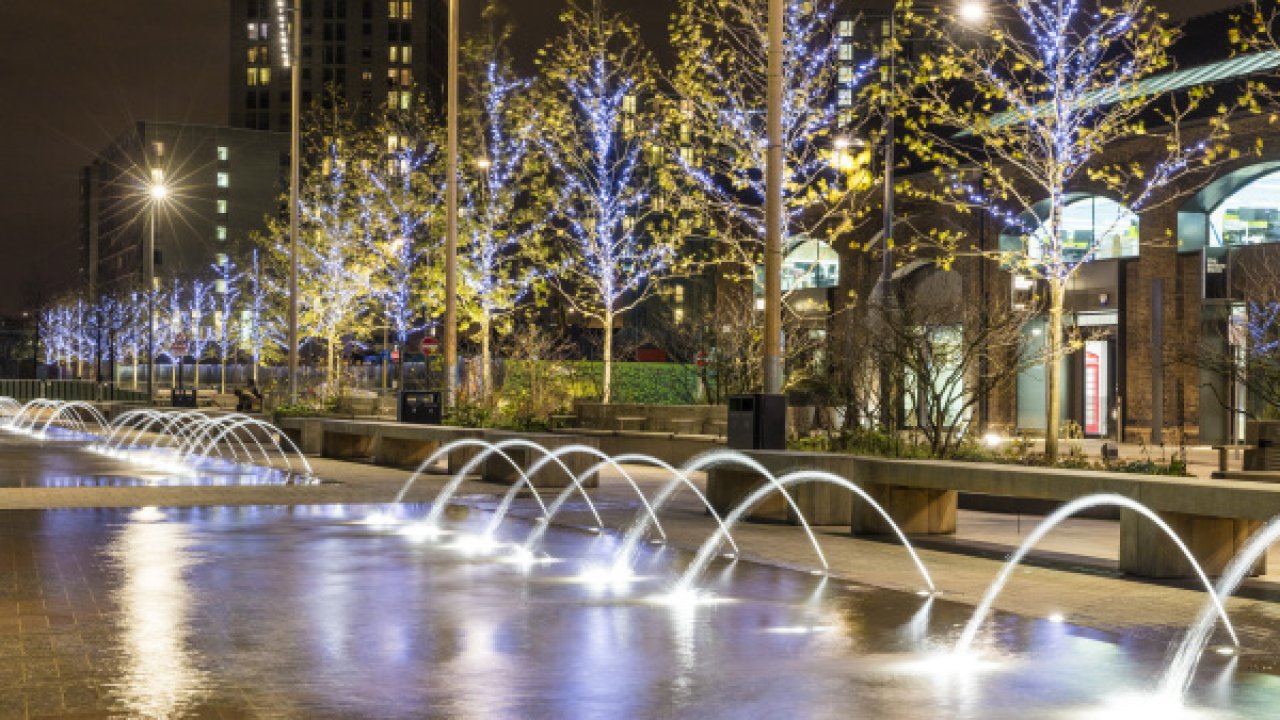