Over 3,300 fountain jets rise and fall through the paving in a mesmerising display that calls to mind wheat blowing in the wind. At nightfall, pure white light illuminates each jet whilst the mirror pool is bathed in colour.

When Danish bank, Nykredit commissioned local landscape architect, SLA to design the public space around their new headquarter building – now named Nykredit plaza, they hadn’t expected water to feature very prominently. However, Stig Anderssen and his team had other ideas.

SLA presented a design that featured a herringbone paving pattern from which walls of water emerged to animate the space. The idea was that the water walls should move as though influenced by the shifting winds that swirl around the building, providing a vertical element to an otherwise flat plane. Complementing the fountains, they proposed a large shallow pool to reflect the form of the iconic Crystal building and the movement of the clouds above.

The aspiration was ambitious, but happily the bank loved it. The team found their way to The Fountain Workshop and the vision was realised. Today, Nykredit Plaza is a beautiful space enjoyed by the people who work at the bank as well as by locals and visitors who are drawn to enjoy the fountains. 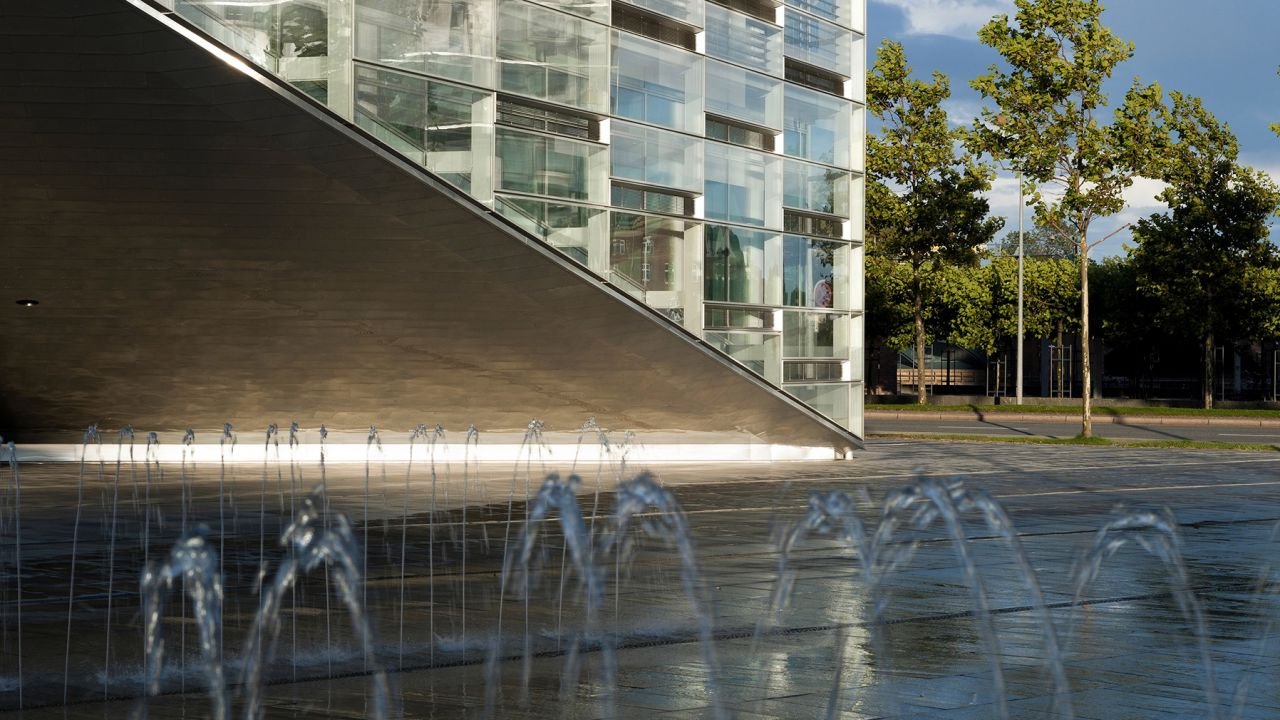 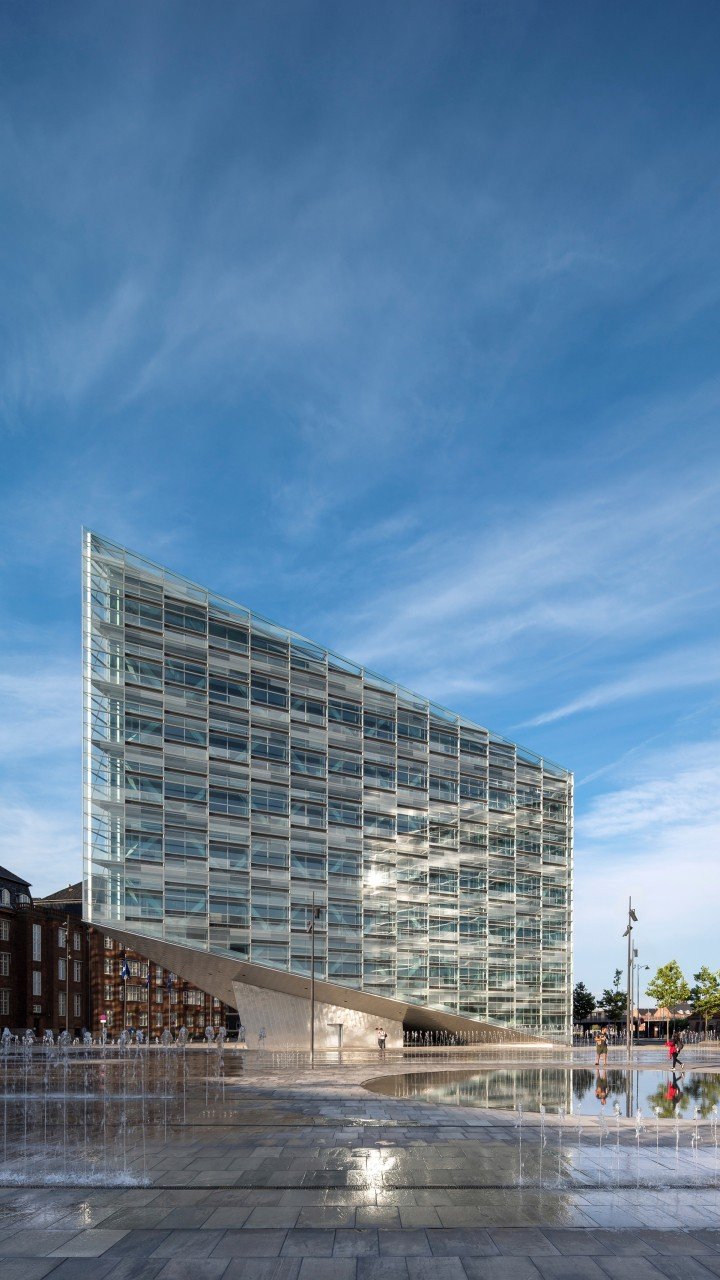 “During a very complex and challenging construction, full of unexpected incidents, The Fountain Workshop always maintained a very professional, innovative and creative policy. They kept their promises and delivered in a very pleasant way an impressive water feature never before seen in Scandinavia.”